Microsoft Is Finding A Bud In Marijuana Software 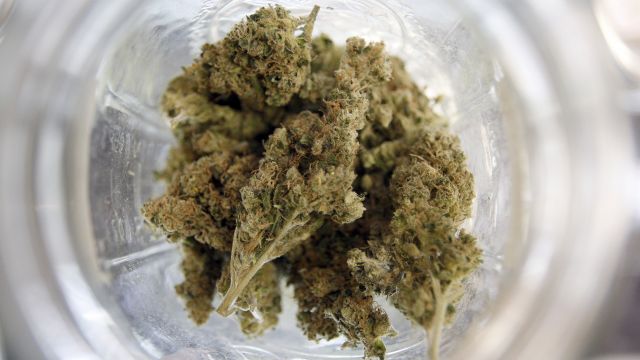 SMS
Microsoft Is Finding A Bud In Marijuana Software
By Katie Link
By Katie Link
June 16, 2016
The company is partnering with a Los Angeles-based startup to offer software that tracks marijuana from 'seed to sale.'
SHOW TRANSCRIPT

Microsoft is getting into a different kind of cloud business. The company is partnering with a Los Angeles-based startup to offer software that tracks marijuana from "seed to sale."

That startup company is KIND Financial. It claims to "make cannabis compliance easy" by offering technology and tools to navigate regulations throughout the different states where weed is in some way legal.

And that list of states is quickly growing. By The New York Times' count, some form of marijuana use is legal in 25 states. This fall, at least five states are set to vote on whether to allow recreational use of the drug.

That seems to be why Microsoft is jumping into the business. A spokesperson for the company said: "We do think there will be significant growth. As the industry is regulated, there will be more transactions, and we believe there will be more sophisticated requirements and tools down the road."

Microsoft won't really have a hand in the pot per se; rather, it will market KIND's software through its new cloud-based program.

Other big businesses have been wary of joining the weed party. That's likely due to the fact that on the federal level, the drug is still illegal.

Still, Microsoft's support could help further legitimize the industry — and it could be a sign the tech giant is looking to diversify. This announcement comes just days after Microsoft said it plans to buy LinkedIn.