Microsoft Is Finally Washing Its Hands Of Its Failed Nokia Venture 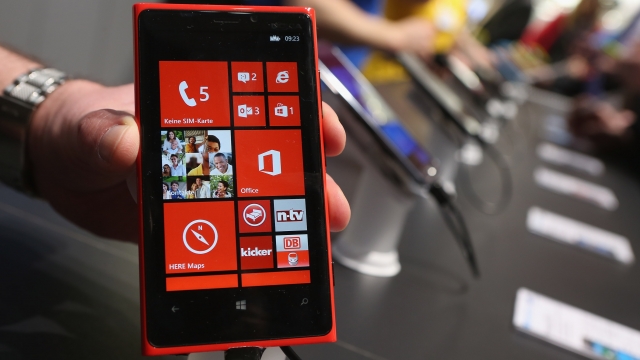 SMS
Microsoft Is Finally Washing Its Hands Of Its Failed Nokia Venture
By Ben Lawson
By Ben Lawson
May 25, 2016
It only took three years and about $8 billion.
SHOW TRANSCRIPT

Microsoft plans to cut up to 1,850 jobs as it tries to move on from its failed efforts with Nokia and find a grip in the smartphone market.

Microsoft acquired Nokia in 2014. In the past two years, the company has laid off a massive number of employees, most of whom were related to its phone business and Nokia specifically. Microsoft also took a $7.6 billion hit, roughly the cost of the Nokia deal.

Now, Microsoft says it's scaling back its mobile phone business but that it isn't out just yet.

But it can't scale back much further without giving up entirely. Market research firm Gartner placed Windows phone market share at a measly 0.7 percent.

Microsoft CEO Satya Nadella said the company will focus on areas where it has "differentiation," but he didn't go into specifics.

One area he did mention was Microsoft's Continuum feature for Windows 10 Mobile, which allows a smartphone to connect to a monitor and essentially act as a PC.

Regardless, Microsoft's Nokia acquisition and recent smartphone efforts might go down as one of the biggest flops in the company's history. In addition to the $7.6 billion it wrote off last year, the company expects to record a $950 million restructuring cost this year.

This video includes images from Getty Images and clips from Nokia and Microsoft. Music courtesy of APM Music.