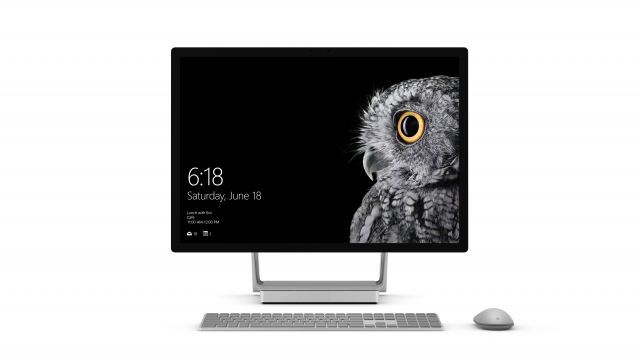 For the first time, Microsoft is making its own desktop computer. And the tech company wants you to draw all over it.

The Surface Studio is basically a desktop computer hooked to a massive touchscreen. The screen also folds down into something like a drafting table for more creative uses.

It comes with a keyboard and mouse, but also with a stylus and a little clicky wheel called the Surface Dial. The dial can act as a peripheral to modify how the stylus is used.

The dial ships with the computer at launch but will eventually be sold separately for $100.

Like most of its Surface products, Microsoft is pitching the Surface Studio to creative professionals, artists and designers who want a high-powered, easy-to-use workspace — Apple customers, in other words.

The Surface Studio starts at around $3,000, and Microsoft is taking preorders now.