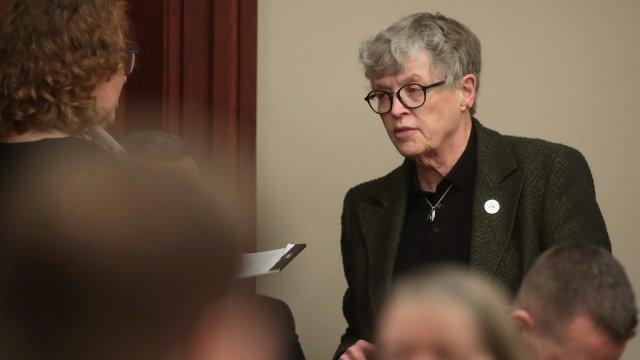 Lawmakers in Michigan want Michigan State University's president to resign over the school's response to the Larry Nassar scandal.

The Michigan House overwhelmingly passed a resolution that declared Lou Anna Simon should step down from her post. The resolution claims Simon and the school failed to protect students from Nassar, who was a sports doctor at the school.

This is not the first call for Simon to step down. A Michigan State trustee called for Simon to resign over the weekend, even though the school's board initially sent out a statement in support of their president.

More than 160 women and girls accused Nassar of sexually abusing them while he treated them. The former USA Gymnastics doctor was sentenced to 40 to 175 years in prison.