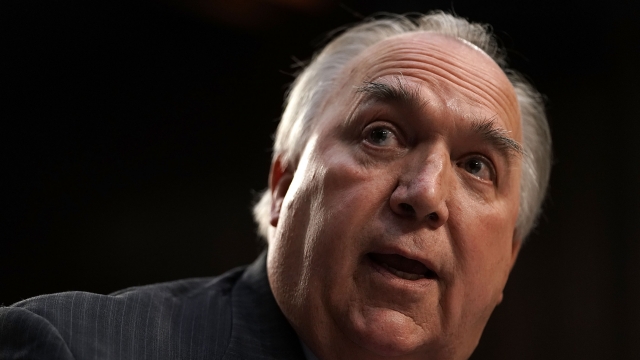 SMS
Michigan State University's Interim President Resigns
By Dakota Karson
By Dakota Karson
January 16, 2019
John Engler has been under intense scrutiny after comments he made about some survivors "enjoying" the spotlight following the Larry Nassar scandal.
SHOW TRANSCRIPT

Another Michigan State University leader has stepped down in the wake of the Larry Nassar scandal.

The university's interim president, John Engler, submitted his resignation to the chairwoman of MSU's Board of Trustees Wednesday night.

He's been under intense scrutiny since last week, when he told The Detroit News editorial board that some women and girls were "enjoying" the spotlight after speaking out about sexual abuse by Nassar.

Nassar was sentenced last year to 40-175 years in prison for sexually abusing dozens of girls and women. Engler's resignation will take effect Jan. 23.