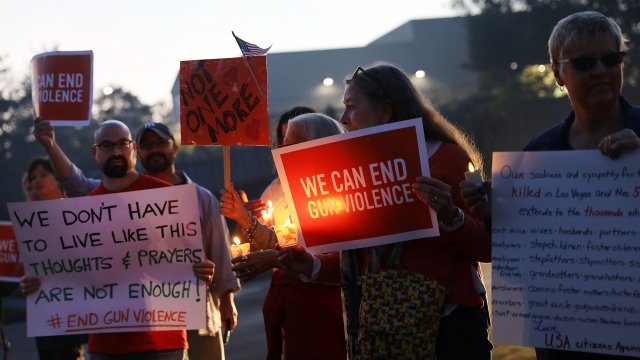 Michigan is currently considering legislation that would allow people with concealed weapons permits to be armed in schools, day care centers, college dorms, stadiums and churches.

School districts can still opt to outlaw concealed weapons, and permit holders must go through at least eight hours of additional firearm training to carry on campus. Supporters say the bill would make schools safer.

The legislation passed the state Senate on Wednesday, but the bills still need approval from both the Michigan House of Representatives and Gov. Rick Snyder — who vetoed similar legislation in the past.

Many states currently allow school staff members with concealed carry licenses to be armed, so long as they have permission from authorities, and teachers are in fact gearing up.

An Ohio program called FASTER offers free firearm training for educators. More than 1,000 are reported to have taken the course.

According to gun control advocacy group Everytown for Gun Safety, a gun has been fired on a U.S. campus in 253 incidents since 2013.