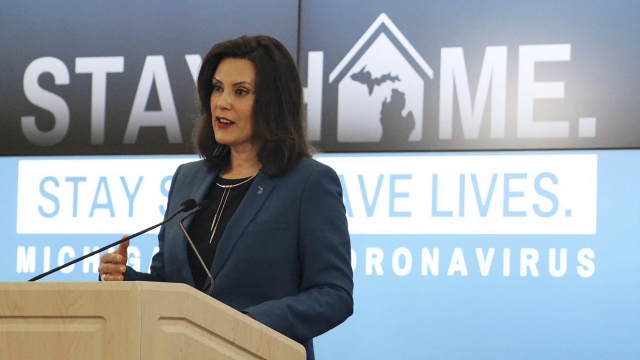 SMS
Michigan And Washington State Extend Stay-At-Home Orders
By LeeAnne Lowry
By LeeAnne Lowry
May 2, 2020
Governors of both states have received massive backlash for their stay-at-home orders.
SHOW TRANSCRIPT

As most states begin relaxing COVID-19 restrictions, some are extending their stay-at-home orders.

Michigan Gov. Gretchen Whitmer says the state's stay-at-home order will continue through May 15, even though the Republican majority legislature blocked an extension of her emergency declaration.

She says she will make decisions from listening to public health experts, "not to pollsters and not to people with political agendas."

Washington Gov. Jay Inslee extended his state's stay-at-home order through the end of May. The move drew criticism because Washington's outbreak peaked in late March and cases have been steadily decreasing.

Inslee said at a press conference, "I've got to just at the outset recognize something that all Washingtonians have to realize: that we have not won this fight against this virus."

The World Health Organization says there are no guarantees that having people get sick with COVID-19 prevents them from getting it again.