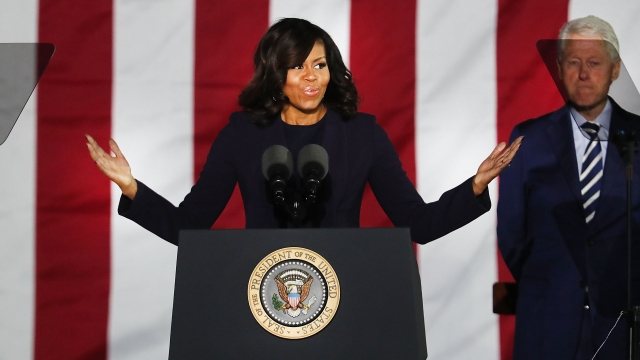 SMS
Stop Trying To Make Michelle Obama Run For President
By Cody LaGrow
By Cody LaGrow
December 20, 2016
FLOTUS cleared up any speculation about her political future in her last formal interview as first lady.
SHOW TRANSCRIPT

"When they go low, we go high," Michelle Obama said.

Michelle Obama was high on Democratic voters' list of people they wanted to run for president in 2020.

She's as qualified as some other candidates who have run in the past. But would she run?

FLOTUS cleared up any speculation during an interview with Oprah Winfrey.

"Would you ever run for office? I have to ask you," Oprah Winfrey asked.

"No kind of office?" Winfrey asked.

First lady to commander in chief?

Been there, tried that.