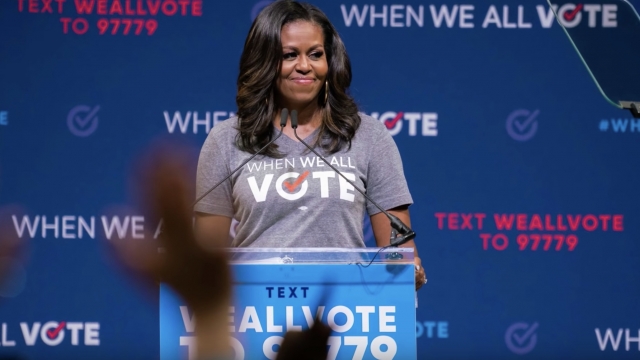 Former first lady Michelle Obama is teaming up with celebrities through her voter initiative 'When We All Vote' to drive up turnout for the 2020 election among young people and voters of color.

"When We All Vote is on a mission to get every single eligible American registered and ready to vote in the 2020 elections and beyond," said Kyle Lierman. "And we're also really focused on making sure we close that race and age gap in the people who actually get registered and out to vote."

For the most part, whites have had higher voter participation rates than other racial groups.

And while young people typically don't vote as much as older Americans, a historic number of young voters turned out for the 2018 midterm election. The main goal of the initiative is a peer-to-peer outreach effort focused on registering and voting. And they are using some famous faces to pass along their message. 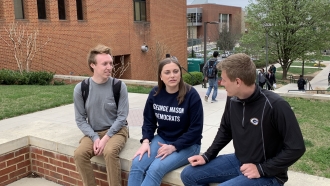 Here’s Why Young Voter Participation Is On The Rise

Your the only person. That could have that conversation. With your family and your friends.

A coalition of young voters and minorities helped propel then-candidate Barack Obama to the presidency in 2008. Lierman worked in the Obama White House but now he's leading the non-partisan organization.

How are you going to hone in on that messaging and make sure that people just you know they talk to their friends [and] talk to their neighbors? Celebrities [are] one thing but getting people to talk to each other is another?

"No I mean of course the celebrity folks are incredibly important," Lierman added. "They're influential voices  they have tens of millions if not hundreds of millions of followers. So they're important to reach their fans and the folks who follow them but at the end of the day the only way this works is if individuals across the country are having conversations with their friends and family members and classmates and colleagues."

Lierman says so far 4,000 people nationwide have signed up to be 'squad captains.' Those volunteers then work to get the people around them registered and to the polls.