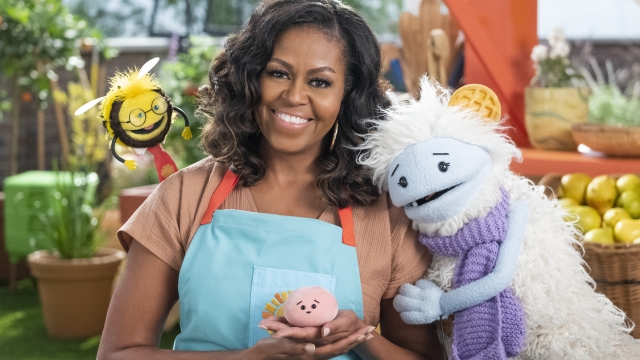 The former first lady announced the new series for kids on Tuesday, and it hopes to teach families about food, cooking and cultures from around the world. These were key parts of her Let's Move! initiative.

Since leaving the White House, the Obama family has partnered with Netflix to produce documentaries like "Becoming," "Crip Camp" and the Oscar award-winning "American Factory." "Waffles + Mochi" is the first children's series from the Obama’s Higher Ground Productions, and it's set to debut March 16.