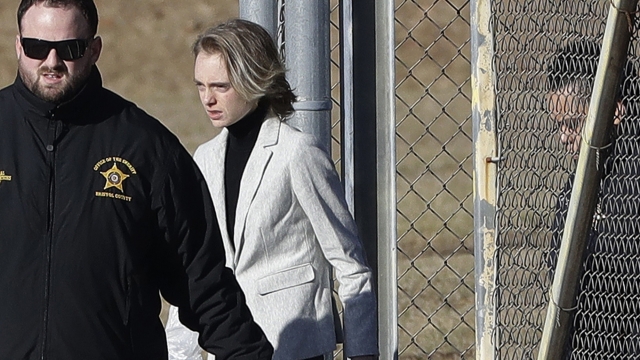 SMS
Michelle Carter Released From Jail Early For Good Behavior
By Katherine Biek
By Katherine Biek
January 23, 2020
Carter was convicted of involuntary manslaughter in 2017 for encouraging her boyfriend to follow through with a plan to kill himself.
SHOW TRANSCRIPT

Carter was convicted of involuntary manslaughter in 2017 for encouraging her boyfriend through text messages to follow through with a plan to kill himself.

A spokesman for the Bristol County Sheriff's Office said, "Ms. Carter has been a model inmate here at the Bristol County House of Corrections. She has participated in a variety of programs, held a job inside the jail, has been polite to our staff and volunteers, has gotten along with the other inmates, and we've had no discipline issues with her whatsoever."

Carter's release comes more than a week after the U.S. Supreme Court refused to take up her appeal.

Carter now has to serve five years of probation.