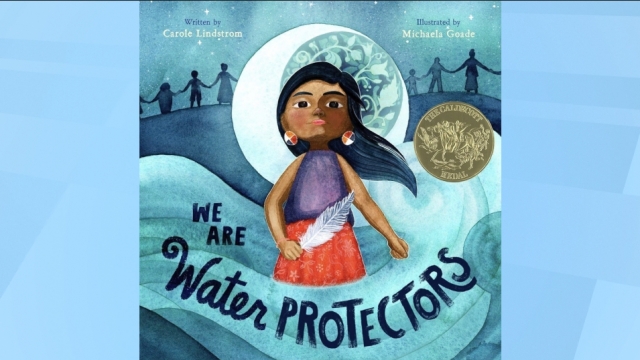 Goade is a member of the Tlingit and Haida Indian tribes in Southeast Alaska.

The American Library Association has awarded the Randolph Caldecott Medal to a Native American for the first time.

She illustrated Carole Lindstrom's book called "We Are Water Protectors."

It's a call for environmental protection as a response to the planned construction of the Dakota Access Pipeline through Standing Rock Sioux territory.

Goade is a member of the Tlingit and Haida Indian tribes in Southeast Alaska.