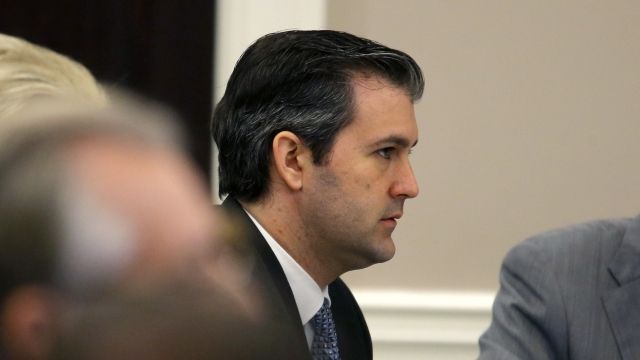 In April 2015, Slager pulled over Walter Scott for a broken taillight. Dashcam video shows that after a short conversation, Scott ran away from the car and that after a foot chase, Slager fired eight shots, killing Scott.

Slager's state murder trial ended in a hung jury last year when the jury couldn't reach a unanimous verdict. As part of a plea agreement, South Carolina dropped that pending murder charge, and the federal government dropped two other charges.

The maximum sentence for the civil rights violation is life in prison, but the Charleston Post and Courier calls that unlikely. Scott's brother told the paper he hopes Slager gets at least 20 years.