Michael Phelps Didn't Even Want To Go To The 2012 Olympics 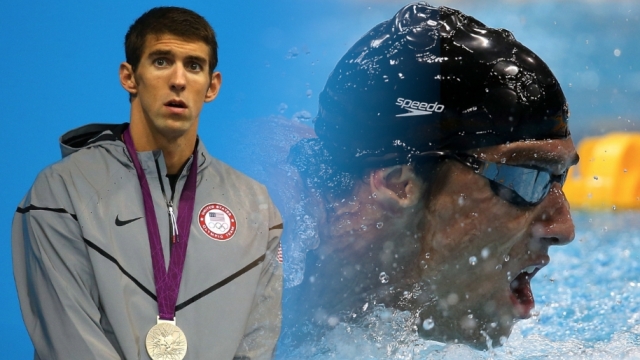 SMS
Michael Phelps Didn't Even Want To Go To The 2012 Olympics
By Cody LaGrow
By Cody LaGrow
April 27, 2016
The most decorated Olympian of all time said he sent himself into a downward spiral after the Olympic Games and knew he had to turn his life around.
SHOW TRANSCRIPT

It turns out the most decorated Olympian of all time didn't even want to be at the 2012 Olympics. Swimmer Michael Phelps opened up Wednesday on NBC.

"Leading into London, I didn't want anything to do with the sport. I think I was just over it. I think personally I had a lot of struggle getting through the four years after '08. I just don't think I knew what I really wanted to do," Phelps revealed to Matt Lauer.

Phelps still took home six medals in London, and he admits he did a great job duping us into believing he wanted to be there. Here's Phelps in 2012:

"I think once I found the passion back again that I had that I was missing. And, I guess, to kind of pinpoint the goals I wanted to accomplish, that it was easy for me to kind of get back into it and be excited again and not have it be like I was pulling my hair out every time I dove into the water for a workout," Phelps explained to Extra.

His London glory was quickly overshadowed when the swimmer was arrested for DUI two years later. Phelps said he sent himself into a downward spiral but learned he had to get something under control.

After completing 45 days in rehab, Phelps said the difference now is that he wants to be in the pool and is ready to compete at the Olympics in Rio — recently appearing in this new gripping Under Armour campaign that shows what it really means to be Michael Phelps, flawed and all.

"The world is finally going to see the real Michael Phelps," Phelps said.

The video includes clips from Under Armour and images from Getty Images.