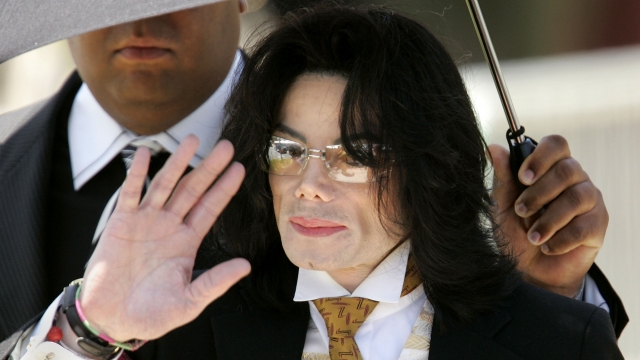 SMS
Michael Jackson Reportedly Had A Lot Of Child Pornography At His Home
By Matt Moreno
By Matt Moreno
June 21, 2016
Radar Online says it obtained documents from the Santa Barbara County Sheriff's Department following a 2003 raid of the singer's house.
SHOW TRANSCRIPT

Late singer/songwriter Michael Jackson reportedly owned a collection of child pornography and graphic images of animal sacrifices, this according to a new report.

One unnamed investigator told the outlet, "The documents exposed Jackson as a manipulative, drug-and-sex-crazed predator who used blood, gore, sexually explicit images of animal sacrifice and perverse adult sex acts to bend children to his will."

Jackson, who died in June 2009, was under constant scrutiny from local authorities after multiple child molestation accusations.

"They found photographs, books of boys that were undressed?" ABC's Diane Sawyer asked Jackson in 1995.

"No. Not that I know of. Unless people sent me things that I haven't opened. People know my love for children, so they send me books from all over the world," Jackson said.

The information published in the Radar Online report was supposedly uncovered when investigators raided Jackson's house in 2003 following a child molestation accusation. He was found not guilty on all 14 charges.

This video includes clips from Epic Records / Michael Jackson and KABC, and images from Getty Images.