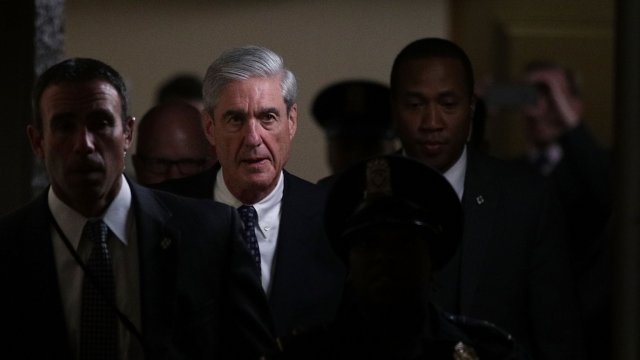 Special Counsel Robert Mueller’s sentencing memo for Michael Flynn is filled with redacted information. But between the black bars there are clues about his ongoing investigation into possible Russian collusion and the role President Donald Trump’s former National Security Advisor played in it. Here are the three biggest:

First: the memo shows us that Flynn’s cooperation has been very helpful.

Mueller says in the memo that Flynn has been questioned 19 times and has provided "substantial" and "particularly valuable" information since he began cooperating with investigators over a year ago.

In fact, Flynn has been so helpful that Mueller recommended he serve little to no jail time. Flynn pleaded guilty to lying to the FBI.

Mueller also says that Flynn’s cooperation early on in the probe likely encouraged other first hand witnesses to be forthcoming with investigators.

And, Mueller writes that the "benefit" of Flynn's testimony "may not be fully realized at this time" because those investigations are still ongoing.

The memo also reveals that Flynn is helping in at least three investigations.

The first, we already know about; Mueller’s core investigation into links between the Russian government and individuals connected with the trump campaign.

Mueller also write that Flynn helped in a criminal investigation, but the subject of that investigation is redacted.

And he mentions a third investigation, but the type of probe and the focus are a mystery.

The memo also tells us that Flynn is cooperating in two key areas -- one we know and another, you guessed it, we don’t.

In the memo, Mueller writes that Flynn provided "first hand information about the content and context of interactions" between the Trump transition team and Russian officials.

Flynn served on the Trump campaign and in the White House. And he admitted to having conversations after the election with Russian Ambassador Sergey Kislyak about a United Nations Security Council Vote and sanctions the Obama administration announced against Russia.

Those conversations have come under scrutiny because they took place before Trump was sworn into office.

Mueller says Flynn "also provided useful information" in another area, but exactly what that is remains a mystery.

Although the memo does give us some clues about Mueller's progress in the ongoing investigations, the largely redacted document shows there’s still a lot more to the probe that Mueller isn't ready to share with the public yet.