Michael Cohen To Testify Before House Intel Committee Next Month 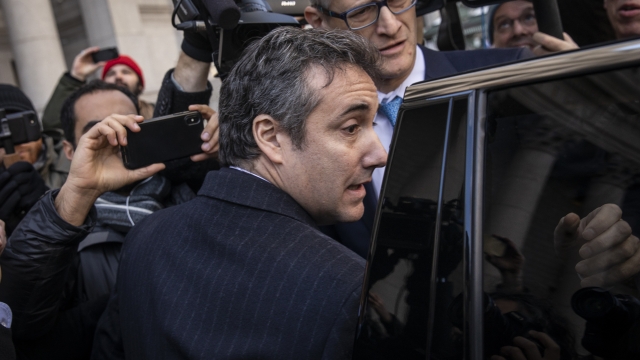 SMS
Michael Cohen To Testify Before House Intel Committee Next Month
By Katherine Biek
By Katherine Biek
January 29, 2019
The panel has restarted its investigation into Russian interference in the 2016 U.S. presidential election.
SHOW TRANSCRIPT

Michael Cohen is going to testify before the House Intelligence committee in a closed-door session on Feb. 8.

That's according to Chairman Adam Schiff. The committee ended its Republican-led investigation into Russian interference in the 2016 presidential election last year. But now that Democrats have taken control of the House, Schiff is restarting it.

Last year, Cohen — who's the president's former attorney — pleaded guilty to lying to Congress about a real estate project to build a Trump Tower in Russia and multiple other financial crimes. He was sentenced to 36 months in prison.

But the House Intel Committee is just one of several congressional panels that want to hear more from Cohen before he reports to prison on March 6.

Cohen's reportedly in discussions to testify before the House Oversight Committee. He was originally scheduled to do so publicly on Feb. 7 before he postponed the appearance last week, citing safety concerns for himself and his family.

He's also been subpoenaed to testify before the Senate Intelligence Committee in mid-February.