Michael Cohen To Be Sentenced In New York Federal Court 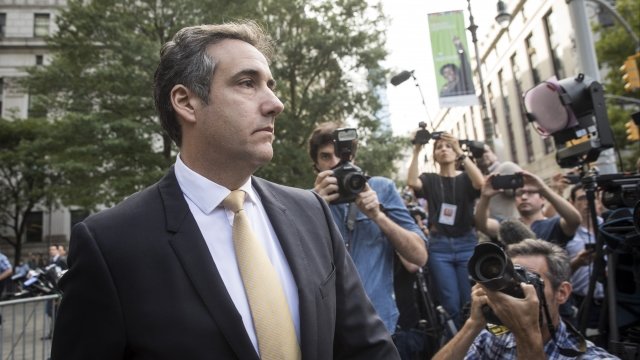 President Donald Trump's former lawyer Michael Cohen is due to be sentenced Wednesday afternoon in a Manhattan federal court.

Cohen pleaded guilty last month to lying to Congress about a real estate project to build a Trump Tower in Russia. That was on top of eight other charges Cohen pleaded guilty to earlier this year, including tax fraud, bank fraud and campaign finance violations.

Cohen's defense attorneys said Cohen should get no time behind bars, arguing his cooperation with special counsel Robert Mueller helped Mueller's investigation into Russian interference in the 2016 election.

But federal prosecutors said Cohen hasn't helped out all that much and recommended he serve slightly less time than the federal sentencing guidelines of 51 to 63 months.