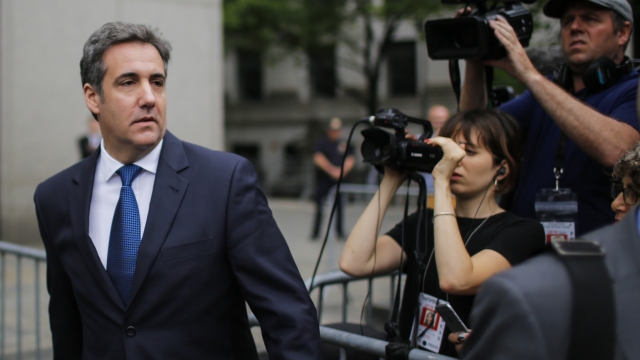 "I hope that when I rejoin my family and friends, that the country will be in a place without xenophobia, injustice and lies at the helm of our country," he said. "There still remains much to be told and I look forward to the day that I can share the truth."

Cohen is serving a three-year sentence for several convictions, including lying to Congress about a real estate project to build a Trump Tower in Russia, campaign finance violations and financial crimes linked to hush-money payments on behalf of President Trump.

He was originally set to start the sentence in March, but was granted a delay to recover from a health issue and to appear before Congress.

Cohen, who cooperated with special counsel Robert Mueller's Russia investigation, testified before congressional panels both publicly and behind closed doors over the past few months. Lawmakers had wanted to hear from him as part of probes into potential criminal wrongdoing by the president.

Cohen is serving his sentence at the federal correctional facility in Otisville, New York.