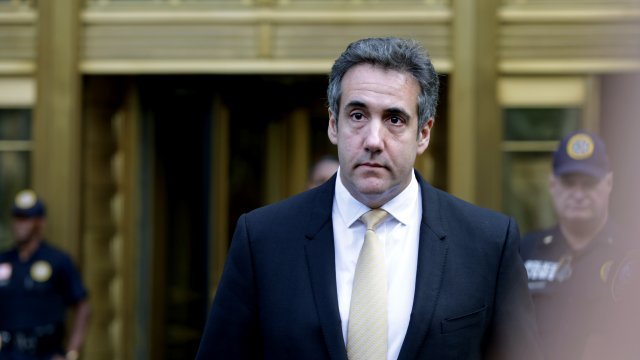 According to several reports, Cohen made a surprise court appearance in Manhattan Thursday morning. During that hearing, he admitted to lying to Congress about a real estate project to build a Trump Tower in Russia. He originally said negotiations ended in January 2016. He now says they continued until June 2016.

Federal prosecutors said Cohen lied in order to "minimize links" between Trump and the Russia Trump Tower project and give the false impression that the Moscow Project ended before the Iowa caucuses, which took place in Feb. 2016.

Trump responded to the news later that morning, telling reporters Cohen is "a weak person" and accused him of lying to get a reduced sentence.

In August of this year, Cohen pleaded guilty to eight charges in federal court, including tax fraud, bank fraud and campaign finance violations. He's expected to be sentenced next month.

Correction: A previous version of this story incorrectly stated Cohen said negotiations continued through August 2017. He said they continued until June 2016. This story has been updated.