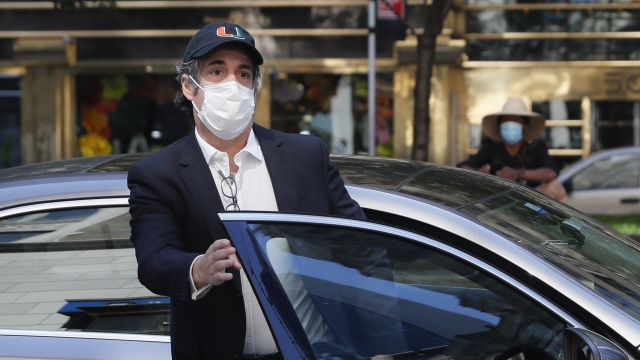 Cohen had been released from prison in May because of coronavirus concerns.

President Donald Trump's former personal lawyer, Michael Cohen, is back in prison Thursday after refusing to accept the terms of his early release.

The federal Bureau of Prisons said he was taken back to prison because he "refused the conditions of his home confinement."

His lawyer told reporters Cohen refused to sign an agreement that would prevent him from talking with the media. The agreement would have blocked the release of his upcoming book about his time with the president. Cohen's lawyer said he did agree later, but was still taken into custody. But a Justice Department official told the Associated Press he was taken into custody because he refused to wear an ankle monitor. Cohen's lawyer said that wasn't true and that he never objected to that request.

Earlier this month, the New York Post published photos of Cohen and his wife dining out near their Manhattan home.

Cohen was released from prison in May on a medical furlough so he could serve the rest of his sentence at home because of coronavirus concerns. He was previously scheduled to be released in November 2021.

He was sentenced to three years in prison for financial crimes, campaign finance violations and lying to Congress.

Additional reporting by Jim Mustian and Michael Balsamo of the Associated Press.