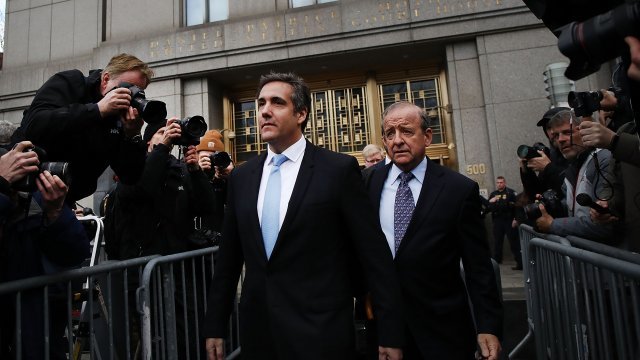 The charges stemmed from the Southern District of New York, not special counsel Robert Mueller's office.

During the hearing, he admitted to violating campaign finance laws to pay off Karen McDougal and Stormy Daniels, both at the direction of an unnamed candidate. Cohen didn't work for any campaign other than then-candidate Trump's during the 2016 election.

The investigation into Cohen became a national news headline when the FBI raided his home, office and hotel room in April.