US States, Cities And Businesses Pledge To Honor Paris Climate Accord 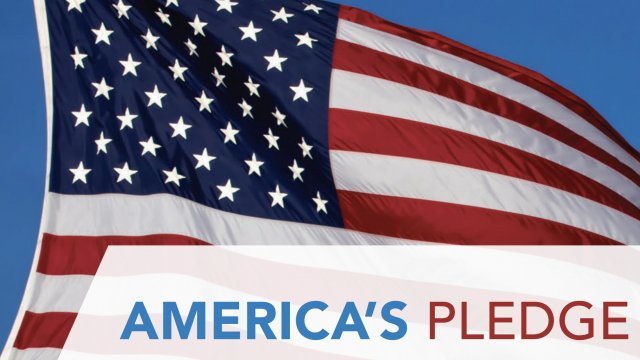 A group of U.S. states, cities and businesses are officially outlining plans to meet Paris Climate Agreement goals, despite President Donald Trump's announcement that the U.S. will withdraw from the accord.

A press release on the effort said "if these non-federal actors were a country, their economy would be the third largest in the world."

At a United Nations climate change conference on Saturday, Bloomberg said, "the American government may have pulled out of the Paris agreement, but the American people are committed to its goals, and there is nothing Washington can do to stop us."

The agreement extends a proposal to lower carbon emissions by 2030.

This comes as no surprise on Bloomberg's part — as the U.N. Secretary General's Special Envoy for Cities and Climate Change, he pledged up to $15 million to the U.N.'s climate agency through his foundation shortly after the U.S. pulled out of the agreement.

The main goal of America's Pledge is to reduce U.S. economy-wide emissions by 26-28 percent below 2005 levels by 2025, as outlined in the Paris Climate Agreement. Several states have already begun those efforts.

California has extended its controversial cap-and-trade system. It requires companies to buy permits to release emissions into the atmosphere and caps those emissions at a certain amount.

North Carolina is already one of the nation's leaders in solar energy, and Gov. Roy Cooper signed legislation shortly after Trump's Paris announcement that will help grow the state's clean energy sector over the next five years.

And those are just the tip of the iceberg.

America's Pledge notes that it will likely need some federal support to meet the Paris accord's lofty goals. But right now, it's working on building a more comprehensive analysis of what members can accomplish without the government.