What Did Bloomberg Do To Help Reduce Crime In New York City? 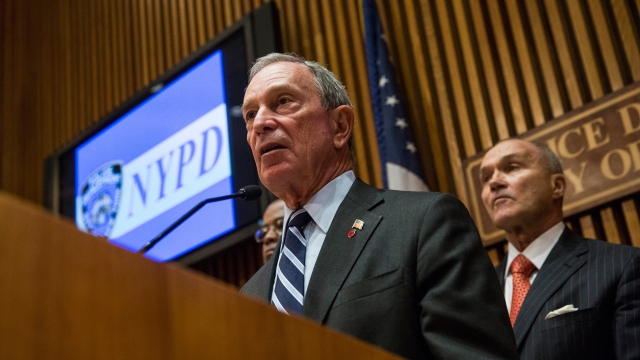 Criminal justice is proving to be a key issue for the 2020 election. And one of the newest Democratic candidates, Michael Bloomberg, is using his past as New York City's mayor to demonstrate he knows how to tackle the problem.

Bloomberg served as mayor for the country's largest city from 2002 to 2013. During that time, the New York City Police Department initiated a number of programs aimed at tackling specific crimes, like gang activity and sex offenders. One in particular, Operation Impact, started in January 2003 and deployed hundreds of the city's newest officers to high-crime areas every day. Throughout his three terms, Bloomberg hailed the program as a success and credited it for helping reduce crime. But Operation Impact was later criticized for putting rookies in high-stress situations without the experience necessary to handle it.

However, Bloomberg's record as a crime fighter is largely defined by the NYPD's use of "stop and frisk." That policy allowed police officers to stop, question and pat down anyone they saw on the street that they deemed suspicious.

Those stops dramatically increased during Bloomberg's tenure as mayor, hitting a high of over 685,000 in 2011. Only a small percentage of those stops resulted in an arrest.

The tactic was heavily criticized for targeting minorities. But even after a judge ruled the NYPD's stop-question-frisk policy unconstitutional in 2013, Bloomberg was still defending it. In an August 2013 op-ed for the Washington Post, he criticized the argument that police stops should mirror the city's overall demographics. He wrote, "By that flawed logic, our police officers would stop women as often as men and senior citizens as often as young people. To do so would be a colossal misdirection of resources ... When it comes to policing, political correctness is deadly."

Six years later and shortly before announcing his presidential campaign, the former mayor walked backed his defense. In a November speech at a black megachurch in Brooklyn, Bloomberg apologized to the crowd and said the stop-and-frisk policy was wrong.

In fact, it's just the opposite. Crime rates continued to decrease in New York City after the NYPD's stop-and-frisk policy was largely curtailed.