Michael Bloomberg Could Toss His Name Into A Clinton-Trump Race 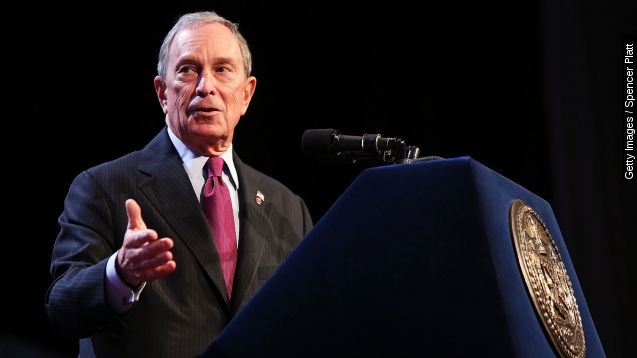 As if the race for the White House isn't crowded enough, former New York City Mayor Michael Bloomberg might add his name to the mix.

The New York Times reports he commissioned a poll last month to see how he would fare as a third-party candidate against front-runners Hillary Clinton and Donald Trump.

Talking to CNN, sources declined to mention the poll's findings but said Bloomberg's motivation to conduct the poll stemmed from Trump's rise in popularity.

Bloomberg was a longtime Democrat who switched to the Republican Party just in time to run for mayor in 2001. He later ran for his third term as mayor as an independent.

The billionaire media mogul has toyed with a presidential race before. In 2008 he was rumored for an independent bid. And he's already generated a good amount of buzz for the upcoming 2016 race as well, though this is what he said when asked last fall.

"The truth of the matter is I'm very happy doing two things, running my company and working with the United Nations and U.S. government on climate change."