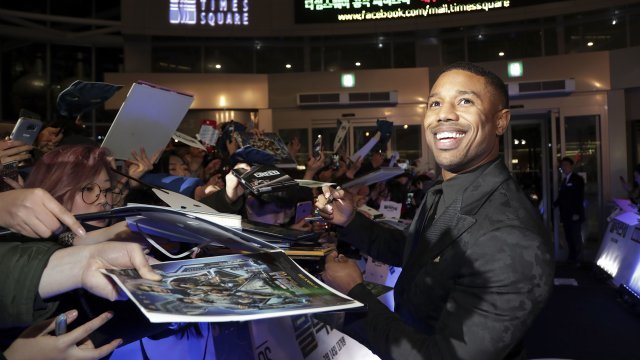 SMS
Michael B. Jordan Adopts 'Inclusion Rider' Mantra For Future Projects
By Jamal Andress
By Jamal Andress
March 8, 2018
"Inclusion rider" is a stipulation that can be inserted in an actor's contract; it calls for a certain level of diversity in a film's cast and crew.
SHOW TRANSCRIPT

At this year's Oscars, no one seemed to captivate the audience during their acceptance speech like Frances McDormand: She acknowledged the female nominees in the audience, called for more financing for women-led projects and, perhaps most importantly, introduced a new term to the general public: "inclusion rider."

An inclusion rider is a stipulation that can be inserted in an actor's contract; it calls for a certain level of diversity among a film's cast and crew.

Before "International Women's Day," Frances McDormand got her first high-profile male volunteer to subscribe to the inclusion rider mantra.

"Black Panther" star Michael B. Jordan said on Instagram he'd be "adopting the Inclusion Rider for all projects" produced by his company Outlier Society. Jordan launched his production company in 2016, and he reportedly has a TV series, "Apollo Park," in the works. 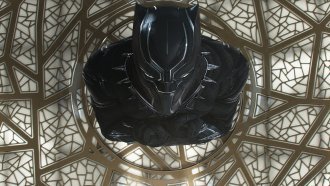 'Black Panther' Is Now The Second-Highest-Grossing Marvel Film Ever

The inclusion rider concept has been around since at least 2014, when University of Southern California professor Stacy Smith proposed the idea in a Hollywood Reporter op-ed in 2014. In a recent USC video, she describes her reaction when she heard her phrase on the Oscars stage.

"I thought for sure it would be 'inclusion matters' or 'inclusion's important,' but when she said the word 'rider,' I mean cheers and elation and just a sense of being thrilled that someone would use their platform to really open a target of opportunity for so many others," Smith said.