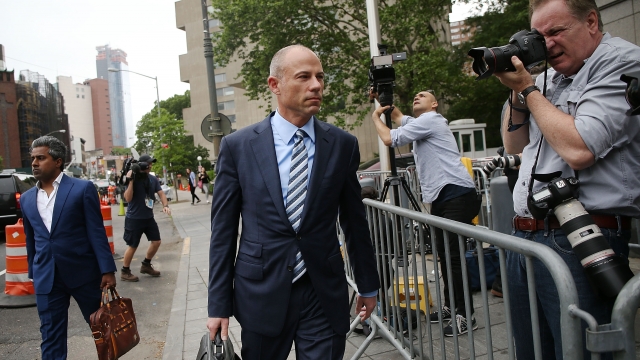 Federal prosecutors in the Southern District of New York charged him with fraud and aggravated identity theft.

The charges say Avenatti defrauded a client referred to only as "Victim-1." It's widely believed that client is Daniels. The adult film actress hired Avenatti last year for a lawsuit against President Donald Trump, who she claims she had an affair with in 2006.

In a statement, the U.S. attorney for the Southern District of New York said "Avenatti abused and violated the core duty of an attorney – the duty to his client. As alleged, he used his position of trust to steal an advance on the client’s book deal. ... Avenatti, as alleged, instead engaged in outright deception and theft, victimizing rather than advocating for his client.”

Prosecutors accused Avenatti of spending the money to maintain his extravagant lifestyle, which includes making monthly car payments on a Ferrari.

In a separate indictment Wednesday, a federal grand jury also indicted Avenatti on extortion charges for allegedly trying to extort $20 million in payments from Nike.

The two new indictments are in addition to three dozen charges Avenatti was already facing. He's denied all of those charges.