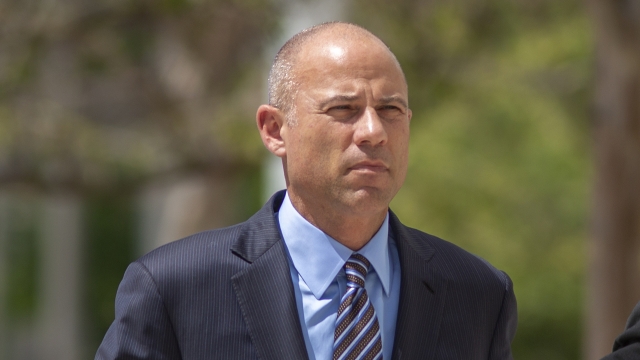 The IRS arrested attorney Michael Avenatti on Tuesday for allegedly violating the terms of his pretrial release.

Avenatti, who's perhaps best known as the lawyer who represented Stormy Daniels in her lawsuit against President Donald Trump, has been hit with a slew of financial crimes charges in New York and California since March. One of the conditions of his bail was that he not violate federal, state or local laws before his trial. But federal prosecutors in Los Angeles allege in recent court filings that Avenatti hid a $1 million payment he received last April from creditors, tax authorities and one of his ex-wives. Prosecutors say the alleged concealment constitutes a violation of federal wire and mail fraud laws, which was enough for authorities to secure an arrest warrant.

Avenatti is scheduled to go on trial in New York next week for allegedly trying to extort tens of millions of dollars from Nike. A federal judge in California ordered Wednesday that Avenatti remain in federal custody and be transported to New York for his upcoming trial.