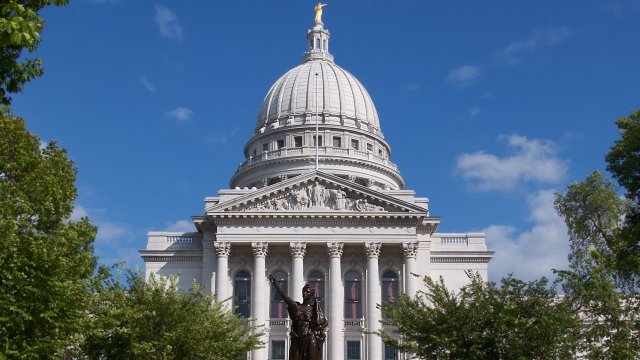 By Stephanie Liebergen
December 5, 2018
Some Republican legislators seem to be using the strategy North Carolina lawmakers used after the 2016 election.
SHOW TRANSCRIPT

If the political ploy going on in the Wisconsin state legislature feels familiar, that's because it's happened before. North Carolina lawmakers pulled the same stunt two years ago.

Unsurprisingly, Cooper wasn't happy about it, and he fought the changes in court through multiple lawsuits, many of which are ongoing.

Both Wisconsin and North Carolina's lawmakers made their political power grabs in special sessions that were supposed to be focused on unrelated issues. In North Carolina, the 2016 session was called to pass a disaster relief bill, and lawmakers did do that before they changed course. In Wisconsin the session was aimed at passing an aid package for a big employer in the state, but that bill still hasn't passed.

But Wisconsin isn't alone in taking this idea from North Carolina's playbook. Republican lawmakers in Michigan are also trying to pass a number of controversial bills in a lame-duck session. In addition to trying to roll back some voter-approved initiatives, lawmakers are also looking to strip some power from the incoming Democratic governor, attorney general and secretary of state.