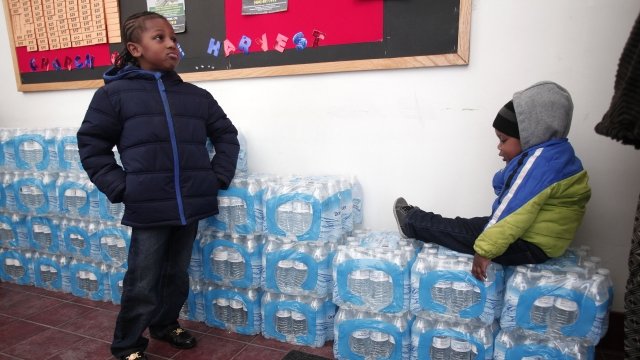 State testing has shown Flint's water supply has passed federal standards for nearly two years. Officials say there is less than a week's worth of bottled water left to distribute, but the supply might dwindle faster as residents react to the news.

Local officials aren't happy with the decision; they say the trust between Flint residents and the state has yet to be repaired, and that there is still concern about existing lead pipes in the city.

Flint's water supply was switched from Lake Huron to the Flint River in 2014. But a lack of proper water treatment caused dangerous levels of lead to get into the water.

The supply was switched back in 2015, but the damage was done. Residents, including children, had toxic amounts of lead in their blood. At least 12 people died of Legionnaires' disease.

Six government officials have been charged since the crisis.