Miami Will No Longer Be A Sanctuary City Thanks To Trump 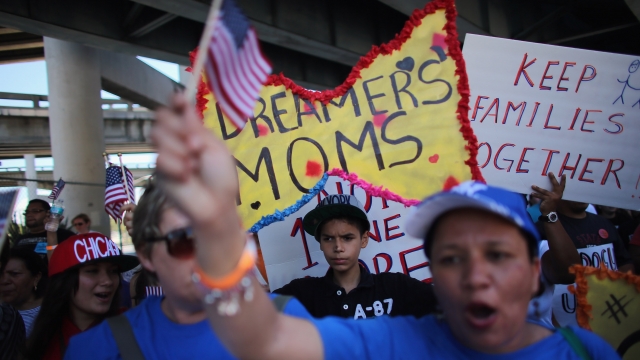 SMS
Miami Will No Longer Be A Sanctuary City Thanks To Trump
By Grant Suneson
By Grant Suneson
January 26, 2017
Unlike some other large cities, Miami is following President Trump's executive order ending so-called "sanctuary cities."
SHOW TRANSCRIPT

President Trump is making it much riskier to be an undocumented immigrant in Miami.

Sanctuary cities or counties are areas where local officials decline federal requests to hold people in jail due to their immigration status.

Miami-Dade is technically considered a sanctuary county, but not because of any moral opposition. It refuses to indefinitely hold undocumented immigrants simply because the federal government doesn't foot enough of the bill for keeping them locked up.

Trump signed an executive order that says sanctuary cities will lose their federal funding if they continue to deny federal requests to hold arrested immigrants. 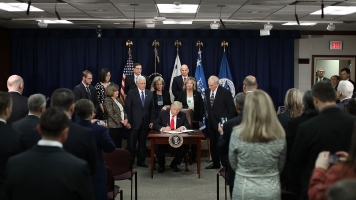 But it would only have cost the county $52,000 to detain every inmate the federal government wanted to deport in 2016. Gimenez said that wasn't worth the risk, considering Miami-Dade will get $355 million in federal funds this year.

This shift will likely affect Cuban immigrants the most because of the large number of them who immigrate to south Florida — especially since former President Barack Obama ended the wet-foot/dry-foot policy that extended special protections to Cuban immigrants as soon as they stepped on American soil.

Obama ended the policy to try and strengthen diplomatic relations with Cuba. Now, Cuban immigrants will be treated more like immigrants from other countries. It's unclear whether Trump will maintain that policy.

But Miami-Dade might be one of only a few large sanctuary counties complying with the order. The mayors of Los Angeles, Chicago and New York City said they're not going to cooperate.