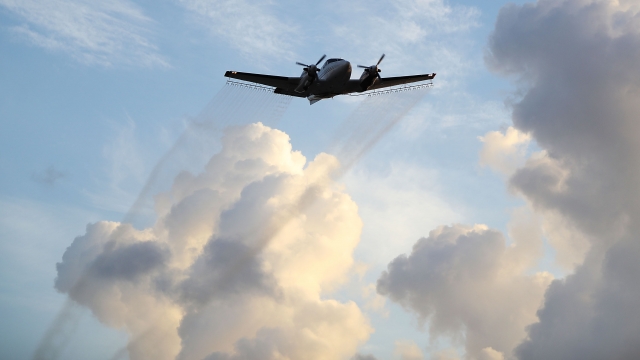 On Friday, officials completed the first of several planned aerial sprays over Miami Beach for mosquitoes carrying the Zika virus.

But many are worried the insecticide used in those sprays could have dangerous consequences.

"There are plenty of studies out there that have indicated this could have short-term and long-term impacts on adults, children, pets, animals, other animals, insects, things like that," Miami Beach Commissioner Michael Grieco told WFOR.

Friday's spray of the insecticide Naled was actually supposed to start Thursday. But protesters and growing concerns from local leaders prompted a delay.

According to the Centers for Disease Control and Prevention, only about two tablespoons of the insecticide are used per acre.

Experts have said there's no need to worry about the effects of Naled on humans and the environment. But many people beg to differ.

And some residents who live near the area where Miami officials conducted an aerial spray last month say they felt the effects.

"My tongue for four hours felt so tight and shaky, I was about to go to the emergency room," one woman said during a Miami Beach City Hall meeting.

So far, there have been 56 local cases of the Zika virus in Florida, and the state has seen 596 travel-related cases.