The Search For MH370 Dug Up Two Unlikely Discoveries 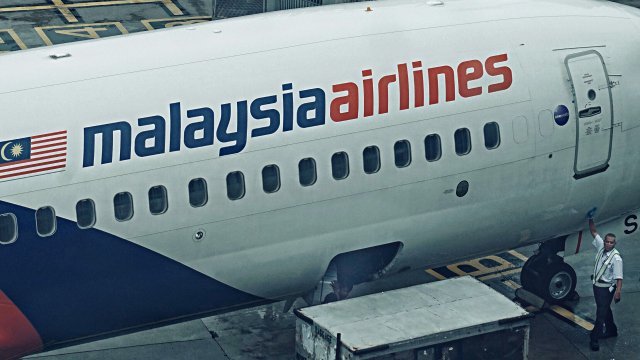 SMS
The Search For MH370 Dug Up Two Unlikely Discoveries
By Austin Kim
By Austin Kim
May 4, 2018
The search for the missing Malaysia Airlines plane shed some light on two mysteries from the 19th century.
SHOW TRANSCRIPT

The four-year search for the missing Malaysia Airlines flight uncovered some clues to a long-standing mystery.

No, crews did not find the plane. But they may have found evidence of two ships that disappeared more than a century ago.

That's what the Western Australia Museum says in a report published Friday. Back in 2015, the crews that were looking for flight MH370 located two possible wreckage sites for ships that went missing in the late 19th century.

The museum's researchers studied the sonar data from these searches. Their latest report says it's difficult to be totally sure which ships these are, but they do have a short list.

One of the sites may belong to a wooden ship. It's probably either the W. Gordon, which disappeared after leaving South Africa in 1876, or the Magdala, which was on its way to Indonesia before going missing in 1882.

The likely candidate for the second site is an iron ship called the West Ridge. It was carrying coal from England to India in 1883 but never made it to its destination.

The Australian government's MH370 search also found the sites of two other missing ships. But the country's transportation bureau didn't ask the museum to research them.