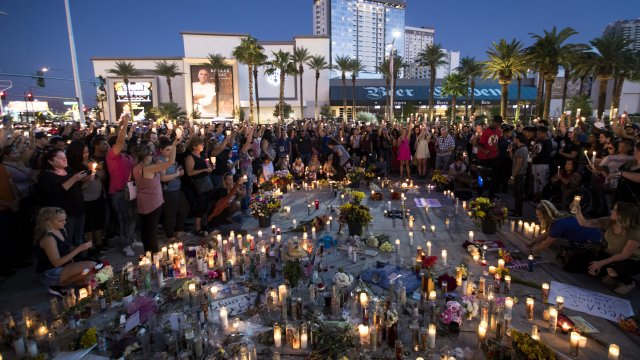 MGM Resorts has agreed to pay hundreds of millions of dollars to settle lawsuits from victims of the 2017 mass shooting in Las Vegas.

MGM Resorts announced the settlement Thursday. Depending on how many claimants choose to participate, the company is expected to pay out between $735 million and $800 million.

MGM Resorts chairman and CEO said in a statement: "Our goal has always been to resolve these matters so our community and the victims and their families can move forward in the healing process."

MGM Resorts owns Mandalay Bay, the Las Vegas resort where a gunman opened fire at outdoor concertgoers through his hotel room window. Dozens of people were killed and hundreds of others were wounded. The shooting is considered the deadliest in modern U.S. history.

The settlement process is expected to be complete by the end of next year.