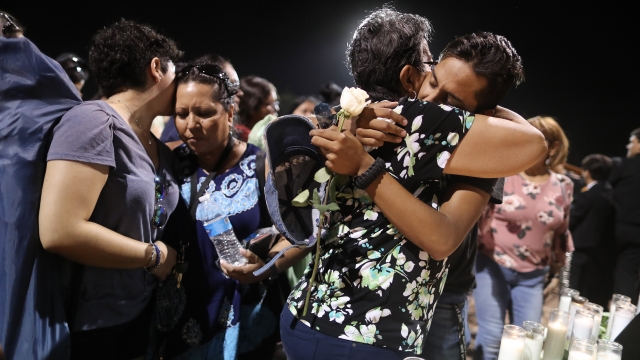 Mexico is considering taking legal action against the U.S. after more than a dozen of its citizens were either killed or injured in a mass shooting in El Paso, Texas.

Mexico's foreign minister made the announcement in a statement Sunday condemning the "cowardly attack," which left 20 people dead and 26 others wounded. Six Mexican nationals were among the dead, and seven more were seriously hurt.

The foreign minister said Mexico considers the shooting an act of terrorism. Because of that, the country's government "will undertake a series of legal, diplomatic and protection measures" to get justice for the victims and protect the rights of Mexican communities in the U.S.

Those measures could include a request to extradite the gunman to Mexico so he can face charges there. In the U.S., officials said Sunday the case is being treated as domestic terrorism and that the suspect has been charged with capital murder.