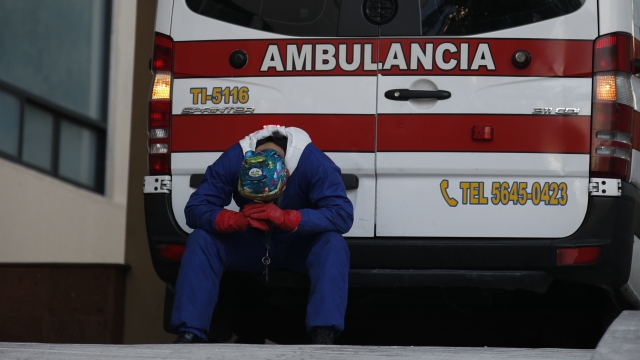 SMS
Mexico Surpasses India For Third-Highest COVID Death Toll
By Adam Elrashidi
By Adam Elrashidi
January 29, 2021
The country has recorded more than 155,000 deaths and over 1.8 million infections as cases surge out of control.
SHOW TRANSCRIPT

The country has recorded more than 155,000 deaths and over 1.8 million infections.

Cases are surging out of control, and hospitals nationwide are struggling to treat patients.

Mexico's president has been criticized for repeatedly downplaying the virus as his government scrambled to contain it.

At this rate, Mexico might also surpass Brazil's official count, which is the second-highest after the U.S.