Mexico Sends 'Affluenza Teen' Ethan Couch Back To The US 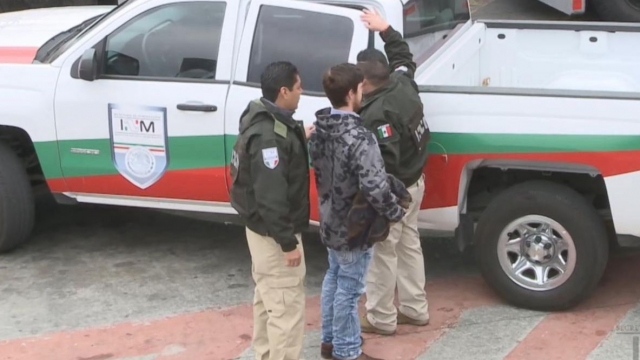 SMS
Mexico Sends 'Affluenza Teen' Ethan Couch Back To The US
By Melissa Prax
By Melissa Prax
January 28, 2016
Ethan Couch, the wealthy teen who fled to Mexico after killing four people in a drunken-driving crash, now faces charges for violating his parole.
SHOW TRANSCRIPT

Ethan Couch, the "affluenza" teen responsible for killing bystanders in a drunken-driving accident, is back in the U.S., according to Mexican officials.

Mexico's National Institute of Migration said in a statement ABC obtained Thursday that Couch was transported on a commercial flight to Dallas "where he will be received by United States authorities since he is facing various charges there."

Couch killed four people in a 2013 car crash and used his wealthy upbringing as a defense, saying he had "affluenza." He later fled to Mexico with his mother, who faced charges in Texas earlier this month. (Video via KTVT)

The Mexican immigration officials who deported him say they were concerned with his safety and had taken care of his necessities. (Video via Instituto Nacional de Migración via CNN)

He faces charges for violating his parole.

This video include an image from the U.S. Department of Justice.