Mexico Says It's Begun Sending Troops To Its Southern Border 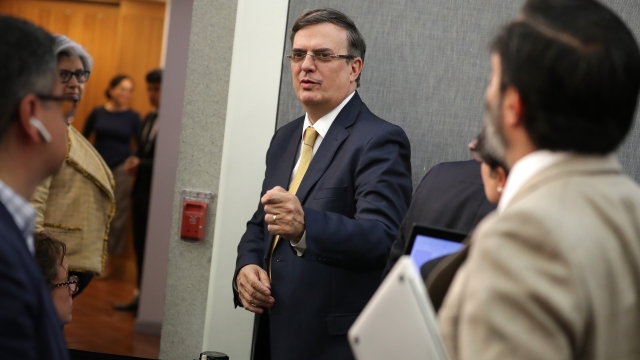 Mexico has begun sending its National Guard to its southern border for immigration enforcement.

On Wednesday, Mexican Foreign Minister Marcelo Ebrard said the newly formed National Guard's forces will patrol Mexico's border with Guatemala and that deployment will "progress rapidly" in the coming days. He also said details on how much Mexico will spend on the new border security measures will be released on Friday.

Last week, Mexico agreed to take steps to stem the flow of migrants from Central America toward the U.S. It promised to send 6,000 National Guard troops to the Guatemalan border after President Donald Trump threatened to impose a series of escalating tariffs on Mexican imports.

According to data from U.S. Customs and Border Protection, more than 200,000 Guatemalans were apprehended at the U.S.-Mexico border from October through May, making the country the single largest source of migrants to the U.S. in that time period.