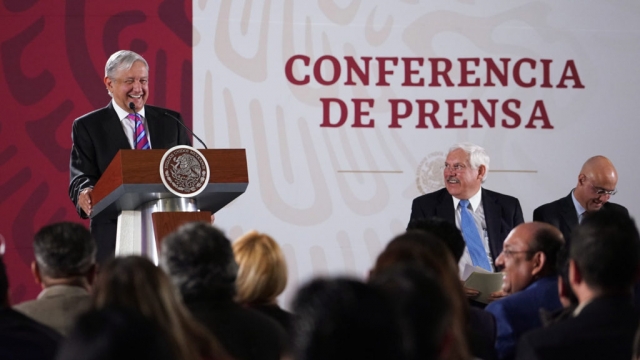 During a press conference, he said the agreement will be signed next week. The jobs are for those waiting in Mexico while their U.S. asylum cases are considered.

Earlier this month, Mexico promised to curb the number of migrants coming into the U.S. after President Donald Trump threatened to put tariffs on Mexican exports.

On Friday, Acting Homeland Security Secretary Kevin McAleenan said the recent deal with Mexico is "making an impact." He said they are anticipating a significant reduction, up to 25 percent, in border crossing numbers for June compared to "the record-level in May." Historically, migration drops off in June because of hotter weather. But McAleenan says Mexican cooperation is helping.