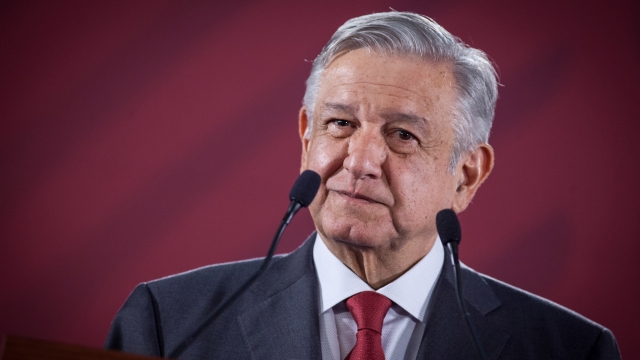 Lawmakers voted 114 to four in support of the U.S.-Mexico-Canada Agreement or USMCA. The new agreement will replace the North American Free Trade Agreement, also known as NAFTA. Mexico is the first country out of the three to approve the legislation.

Mexico's president said the senate's vote was "very good news." The legislation does not need to be approved by Mexico's lower house.

The Trump administration wants to get the deal approved over the summer, but the Democratic-led House of Representatives aren't too sure about the deal just quite yet.

President Donald Trump has repeatedly suggested he would withdrawal from NAFTA if Congress doesn't cooperate. Republicans have urged him not to do that though for it would likely bring up legal battles.

Democratic lawmakers argue the USMCA does not go far enough to ensure new labor and environmental protections are adequately enforced. During his testimony at a hearing before the House Ways and Means Committee Wednesday, Lighthizer said those things are central to the agreement. He also touted the agreement and said "the USMCA is the strongest and most advanced trade agreement ever negotiated."