Elections Could Give Mexico A New Approach On Violent Crime 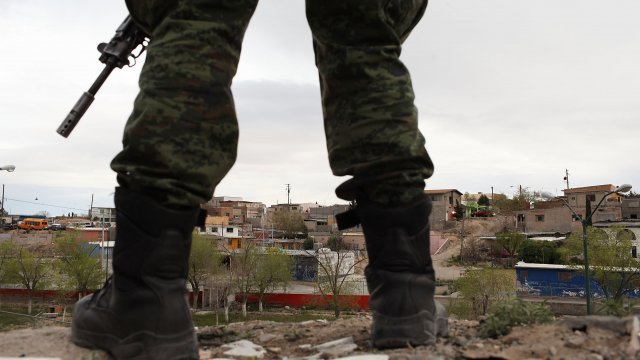 Mexico's general elections have been overshadowed by the country's struggle with violent crime. One risk analysis firm reports 132 politicians, including 48 candidates for office, were assassinated in the nine months leading up to the July 1 vote.

2017 was Mexico's most lethal year in recent memory, and 2018 is shaping up to be even worse. The violence is prompting calls for a new approach to tackling organized crime in the country.

The current crisis has its roots in the military offensive on gang violence. Starting in 2006, Mexican soldiers were deployed against drug cartels in violent areas like Juarez.

The crackdown has eliminated a lot of high-profile gang leaders, but it's also caused several large organizations to fragment into many smaller, more vicious groups. 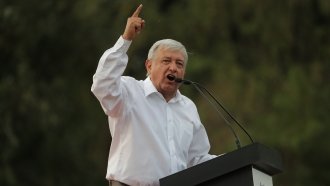 Mexico has also increasingly suffered from corruption linked to the cartels. The 2014 disappearance and presumed massacre of 43 student teachers, in which local officials were implicated, galvanized protests against Peña Nieto.

All that's part of why exhausted Mexican voters are throwing their weight behind left-wing populist candidate Andrés Manuel López Obrador. He's floated the idea of offering amnesty to low-level cartel members and says an economic development plan will keep people from turning to crime.

But as with most things in government, the devil's in the details. López Obrador's been pretty vague about the specifics of his policies, so it's hard to say how well they'll actually work in practice.