Mexico Hits US With Retaliatory Tariffs 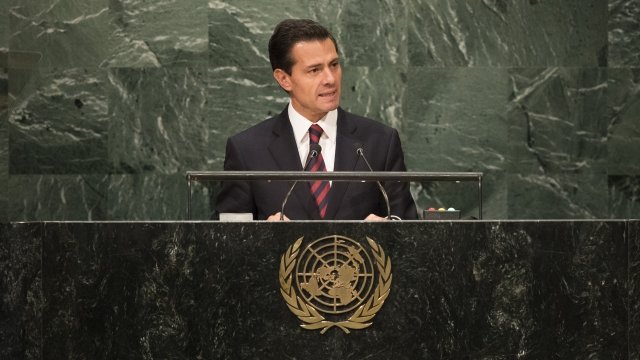 Mexico is hitting the U.S. with tariffs of its own after the U.S. imposed tariffs on Mexico, Canada and the European Union last week.

Mexico promised retaliatory measures after the U.S. announced it would go forward with its plan to impose steel and aluminum tariffs. Mexico, like Canada and the EU, is a U.S. ally, and the announcement didn't go over well.

Mexico plans to tax about $3 billion worth of U.S. goods, including whiskey, cheese and pork. And these aren't just randomly selected goods.

The tariffs are meant to negatively affect areas of the country that supported President Donald Trump in 2016. Vice President Mike Pence's home state of Indiana is one of the biggest pork producers in the U.S. China put its own tariffs on American pork earlier this year.

The EU and Canada have also promised retaliatory tariffs.