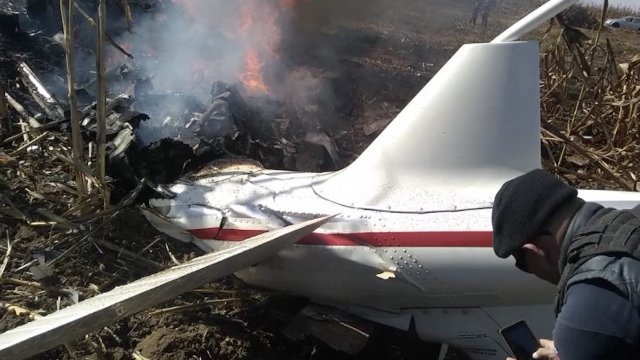 A Mexican governor and her husband were killed in a helicopter crash Monday in the Mexican state of Puebla.

Puebla Gov. Martha Érika Alonso and her husband Rafael Moreno Valle, a federal senator and former governor of the same state, died when their helicopter came down shortly after taking off, according to officials. Two pilots and a third passenger also died in the crash.

Gov. Alonso was sworn into office just a little over a week ago, and was Puebla's first female governor. Her election was contested by Mexican President Andrés Manuel López Obrador's party, which alleged that Alonso's husband had manipulated the election so that his wife could win, according to the Associated Press.

President Obrador offered his condolences on Twitter, and supported an investigation into the crash. State and federal officials have reportedly opened an investigation, but it is unclear why the helicopter crashed. Until elections are held to determine her successor, Puebla's Congress will now have to appoint an interim governor.