Mexico City's Car Restrictions Aren't Working Like They Should 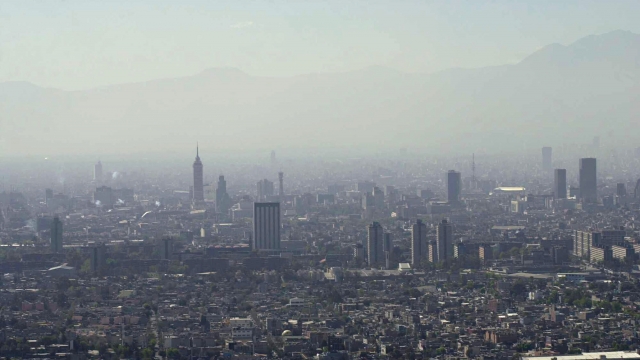 SMS
Mexico City's Car Restrictions Aren't Working Like They Should

By Lindsey Pulse
February 4, 2017
The city expanded its Hoy No Circula policy in 2008, but air pollution levels haven't changed much since then.
SHOW TRANSCRIPT

Banning cars in cities with high pollution might not fix the problem. Just look at Mexico City.

A program in the city called Hoy No Circula is supposed to cut down air pollution levels and says residents can't drive their cars for one weekday each week.

In 2008, that program was expanded to Saturdays. The goal was to cut air pollution rates by 15 percent — a lot for a city with some of the world's highest pollution levels. But a new study shows that isn't exactly working.

There are a couple reasons. First, people aren't using public transportation on the days they can't drive. Instead, they're just carpooling.

Geography is also a challenge. Mexico City is between mountains, which can trap pollutants in the city.

Geography aside, the research could be an important case study for other cities trying to decrease pollution by limiting the cars on the road — think Paris or Madrid.

The World Health Organization reports outdoor air pollution is linked to around 3 million deaths a year worldwide. Mexico City says it wants to get rid of all diesel vehicles by 2025 to protect its residents' health.