Mexico, EU Seem To Send A Message To Trump With New Trade Deal 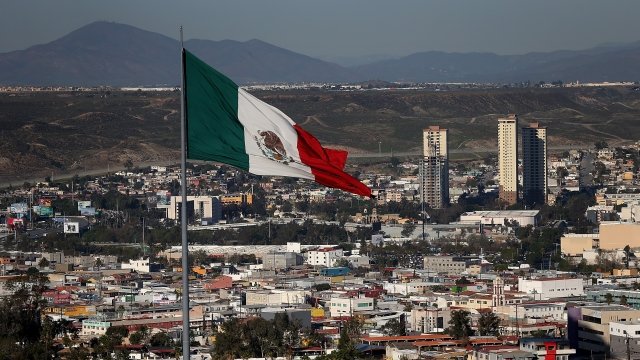 Mexico and the European Union have reached a new trade agreement.

This means Mexico won't have to rely on the U.S. quite as much for international trade. Those two countries and Canada are still in heated negotiations over the North American Free Trade Agreement, or NAFTA.

Though no one mentioned President Trump in the announcement, the countries seemed to send a message.

"We are also sending a signal to the world that Mexico and the European Union are open for business; we believe in open, fair, sustainable trade, and that we can make win-win trade agreements that are good for our respective citizens," European Commissioner for Trade Cecilia Malmström said in a release.

The pact means the EU and Mexico can trade most goods without any tariffs, including agricultural products. The countries expect the deal to be finalized by the end of the year.