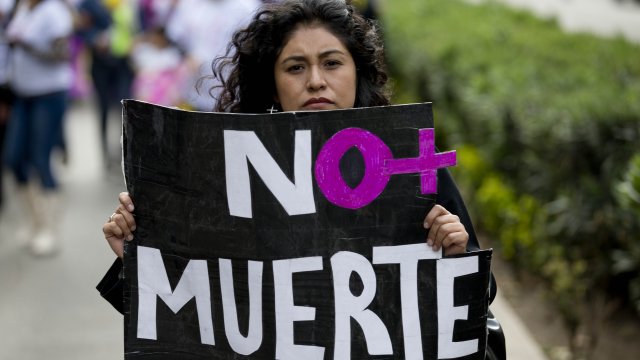 Mexican women have been speaking up ... for those who can't. They've been protesting against femicide, the murder of girls and women because of their gender, after a series of gruesome killings.

But their protest Monday won't take place on the streets. Instead, women will stay home and strike from work or school. The demonstration is called "A Day Without Us."

There are 21 million registered female workers in Mexico. Their absence is estimated to cost Mexico City $300 million, according to employers' association Coparmex.

Government offices, universities and a handful of companies, including Walmart, Ford and Bimbo, are backing the one-day strike. It follows demonstrations on International Women's Day. Eighty thousand people protested against gender-based violence. They held signs saying "Fight today so we don't die tomorrow," and painted the names of murdered women on the street.

The rally started peacefully, but clashes between protesters and police resulted in more than 60 injured people.

An average of 10 women a day were killed in 2019, according to the government, and reports say 25% of female victims are killed in the home.