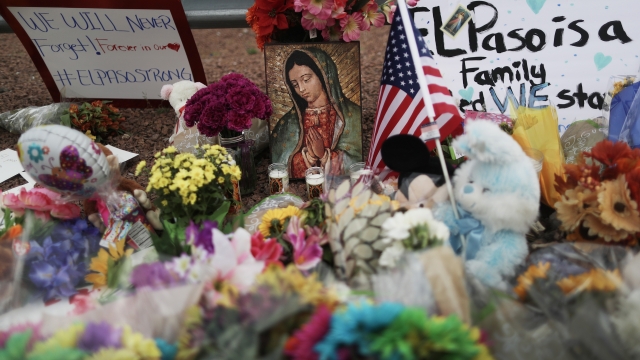 Representatives of families and victims of the mass shooting at a Walmart in El Paso, Texas, are suing Walmart Inc.

The attack left 22 people dead and two dozen more injured at the Cielo Vista Walmart on Aug. 3. El Paso's population is mostly Hispanic or Latino, and of the 22 people killed, eight were Mexican nationals. Eight other Mexican nationals were hurt.

The suspected shooter surrendered to authorities and reportedly told police he had targeted people he believed to be Mexican. He has pleaded not guilty to capital murder charges and is being held without bond.

In a statement Wednesday, Mexico's Foreign Relations Department said it is helping the Mexican plaintiffs with the lawsuit, which was filed in El Paso County. The department said the objective of the suit is "to hold Walmart responsible for its failure to take reasonable and necessary steps to protect their customers from the attack."

The store just opened for the first time since the shooting last week, with almost everything inside the store revamped or remodeled.