Mexican Tourists Might Choose Canada Over US Under Trump 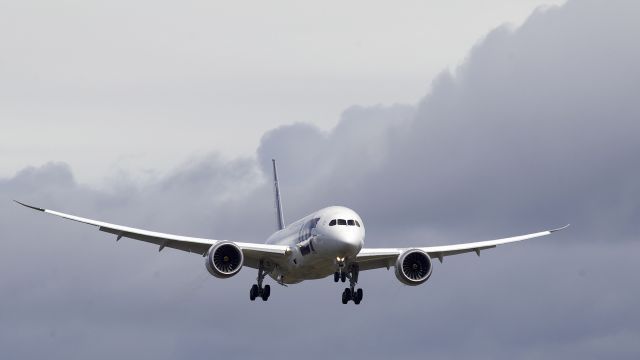 SMS
Mexican Tourists Might Choose Canada Over US Under Trump
By Matt Picht
By Matt Picht
April 3, 2017
Some experts expect Mexican tourism to the U.S. to drop by 7 percent this year, cutting $1.6 billion out of the economy.
SHOW TRANSCRIPT

The U.S. tourism industry is bracing for a slump during the Trump administration, particularly from south of the border.

Forbes reports some experts expect U.S. tourism to drop by 7 percent this year. By 2018, the country could lose $1.6 billion as a result.

Douglas Quimby of travel research firm Phocuswright told the outlet: "We have Twitter wars with our President and former President of Mexico. ... There is lots of speculation in the media about a trade war with Mexico. ... If that happens, what kind of impact does that have on millions of middle class Mexicans looking to take a trip?"

Some of that expected loss has to do with the Trump administration's focus on tighter border scrutiny and deportation. President Trump's campaign trail comments probably don't help, either.

Responding to a debate question about immigration during the presidential race, Trump said: "We're going to secure the border, and once the border is secured at a later date, we'll make a determination as to the rest. But we have some bad hombres here, and we're going to get them out."

But the U.S. is also facing increased competition from Canada, which recently lifted visa requirements on Mexican citizens entering the country. Travel analysis firm ForwardKeys reports Mexico-to-Canada tourism spiked 82 percent in the month after the requirements were lifted.

Broader U.S. tourism is also set to suffer under the Trump administration. Analysts estimated that the White House's proposed ban on travel from six Muslim-majority nations could cost the U.S. $18 billion.