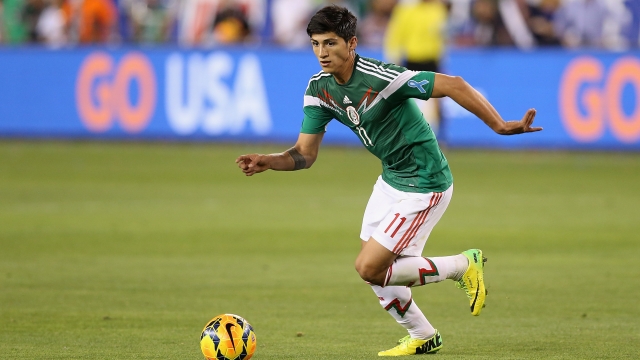 Pulido's brother confirmed the Olympiacos striker was taken by force in the eastern border state of Tamaulipas early Sunday morning.

Pulido and his girlfriend were reportedly leaving a party when he was abducted near his home in Ciudad Victoria. His girlfriend was left unharmed.

Kidnappings are startlingly frequent in that area. Through the first three months of 2016, Tamaulipas had 56 reported kidnappings, the second highest of any state. But the real figure could be much higher.

El Daily Post reported that the percentage of unreported crimes "is so large that any movement, either up or down, in the number of crime reports is basically meaningless."

Details are sparse, but government forces are reportedly working to find Pulido. So far, the abductors haven't reached out to his family.