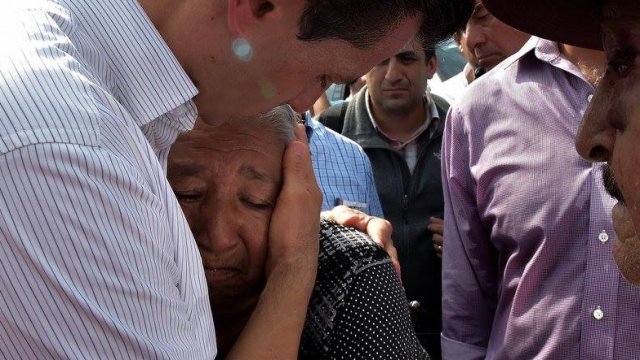 SMS
Mexico Mourns Victims Of Deadly Earthquake, Braces For Reconstruction
By Casey Mendoza
By Casey Mendoza
September 9, 2017
As of Saturday, officials report at least 61 people died as a result of the earthquake in Mexico. Thousands more have been left homeless.
SHOW TRANSCRIPT

On Friday, Peña Nieto visited Juchitán — one of the cities most impacted by Thursday's earthquake. As of Saturday, officials reported 36 people dead in that town. Peña Nieto ordered flags to fly at half-staff out of respect for the community.

The U.S. Geological Survey measured the earthquake at 8.1 magnitude, making it one of the strongest quakes ever recorded in Mexico. 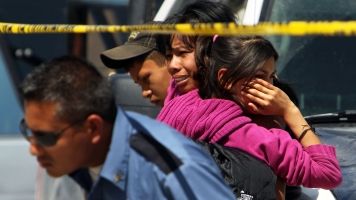 Mexico Is Now The World's Deadliest Conflict Zone After Syria

As rescue teams search for more survivors in Tabasco, Oaxaca and Chiapas, other people are bracing themselves for reconstruction. A state senator from Chiapas told The Daily Beast, "We could be looking at more than 10,000 people facing crisis."